(WAki International Media Center 22nd June) The speech of The Most Venerable Somdet Phra Mahathirachan (Board member of the Sangha Supreme Council of Thailand Abbot of Wat Phra Chetuphon Vimonmangklaram Rajwaramahawihan President of the Regulatory Office for Overseas Dhammaduta Bhikkhus) on 17th June 2022.

I, on behalf of the Sangha Supreme Council of Thailand, the Sangha Assembly of Wat Phra Chetuphon (Wat Pho), Bangkok, and friends of different traditional religions coming from Thailand, acknowledge today as an auspicious occasion for me and for all members of the delegation. This is because His Holiness, Pope Francis, Supreme Pontiff of the Roman Catholic Church, has offered His kindness and a warm welcome of friendship to me and to all our friends of different religions here, at the Vatican City. 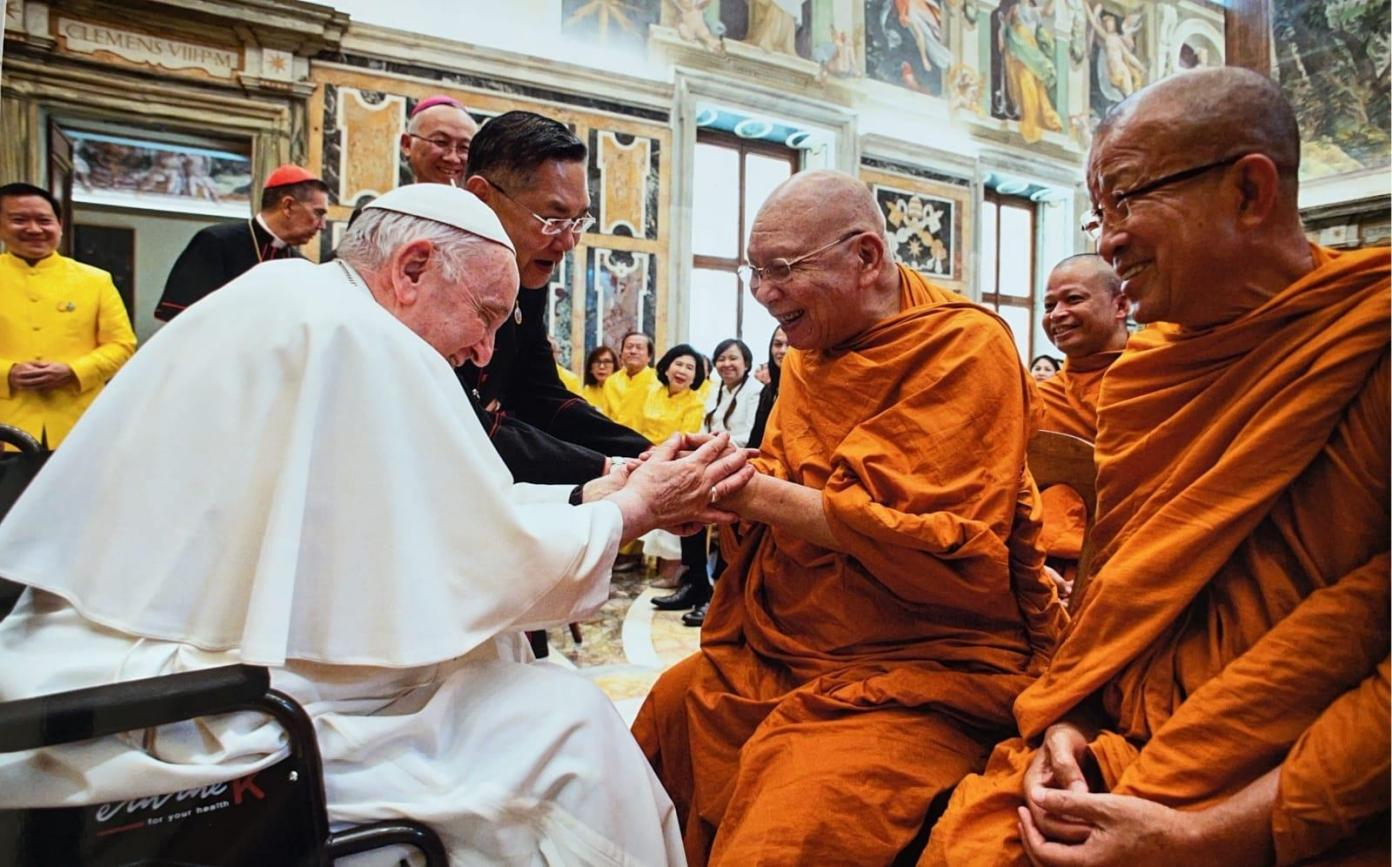 Our beautiful friendship between the Roman Catholic Church and Wat Phra Chetuphon of the Kingdom of Thailand lasts, since the Most Venerable Somdet Phra Wannarat, former abbot of the same temple (The 17th Supreme Patriarch of Thailand) visited the Vatican City and had an audience with Pope Paul VI, on 5 June 1972. This meeting is seen as a beautiful bridge of friendship. Since then, delegations of the Sangha Assembly of Thailand have had opportunities to visit successive Popes. 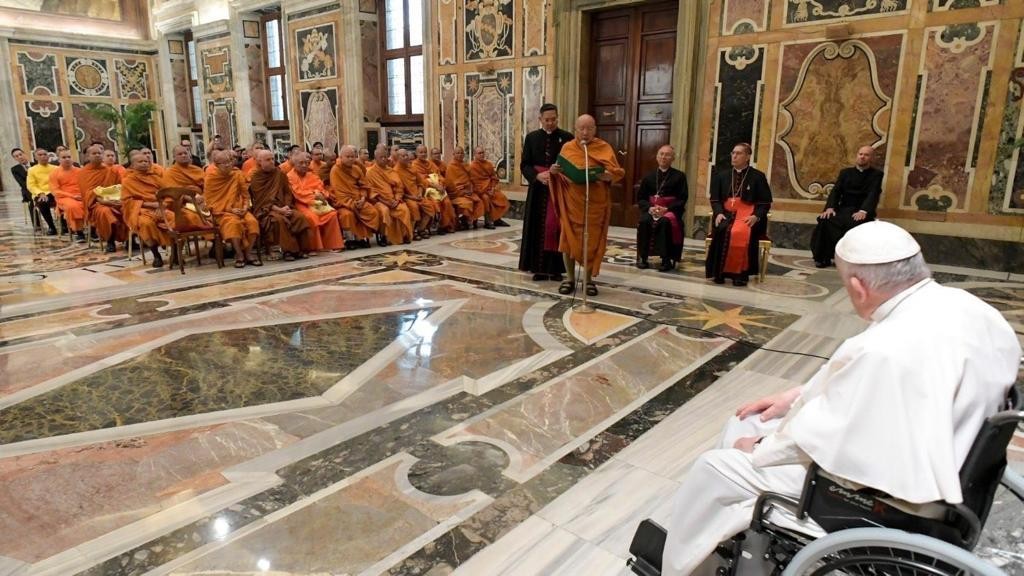 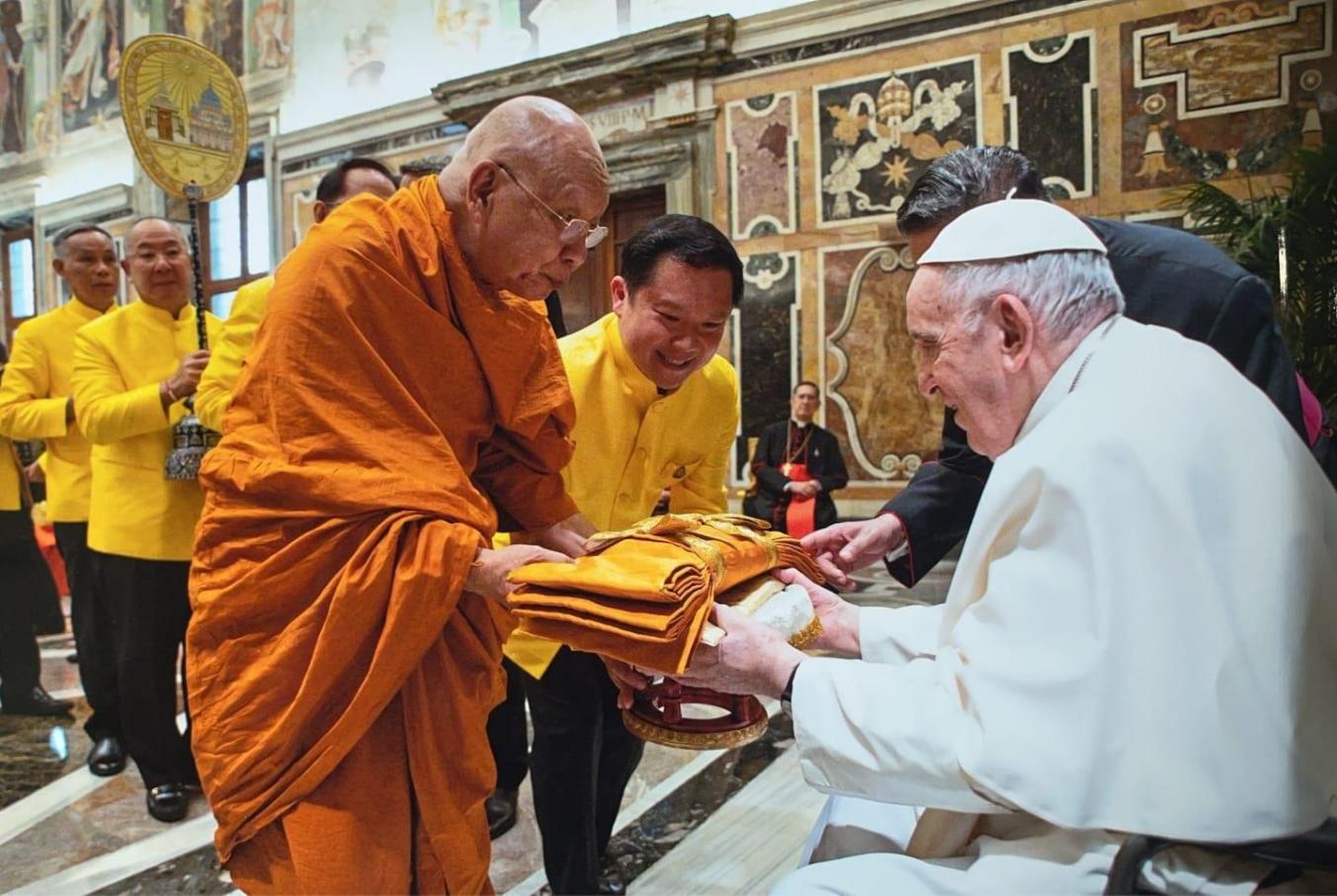 The representatives of the Sangha Assembly of Wat Phra Chetuphon were later invited to the conference on “Religions and the Sustainable Development Goals”, at the Vatican City, 7 to 9 March 2019. The compassion of His Holiness made an unforgettable impression in the hearts of Christians, Buddhists and friends of different religions in Thailand. When His Holiness paid His apostolic visit to the Kingdom of Thailand from the 20th to the 23rd of November 2019, this was indeed a moment of grace, that brought immense joy and happiness into the life of every Thai. 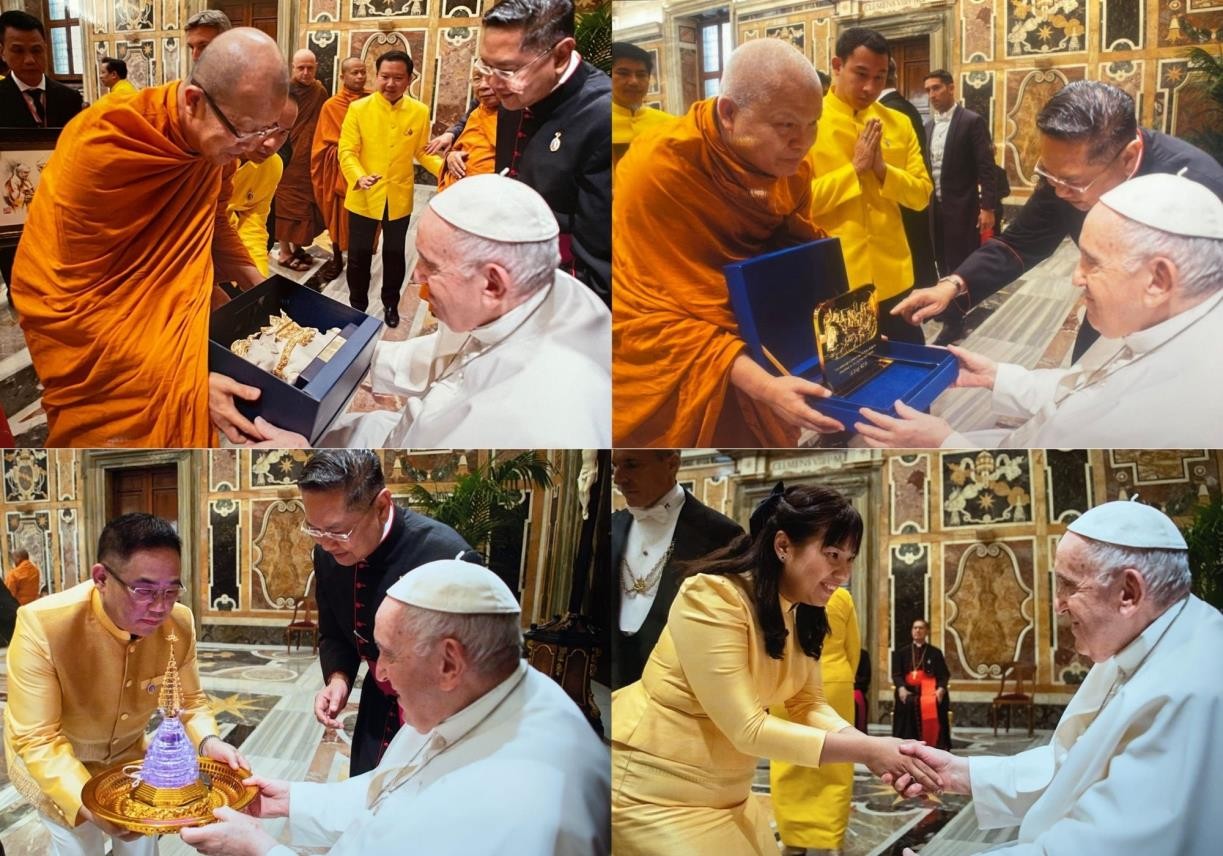 On 21 November 2019, Your Holiness visited Wat Ratchabophit Sathit Maha Simaram in Bangkok and engaged in an extraordinary dialogue with Somdet Phra Ariyavaṃsāgatañāṇa (the 20th Supreme Patriarch of Thailand). At that time, I also had the honour to welcome His Holiness. 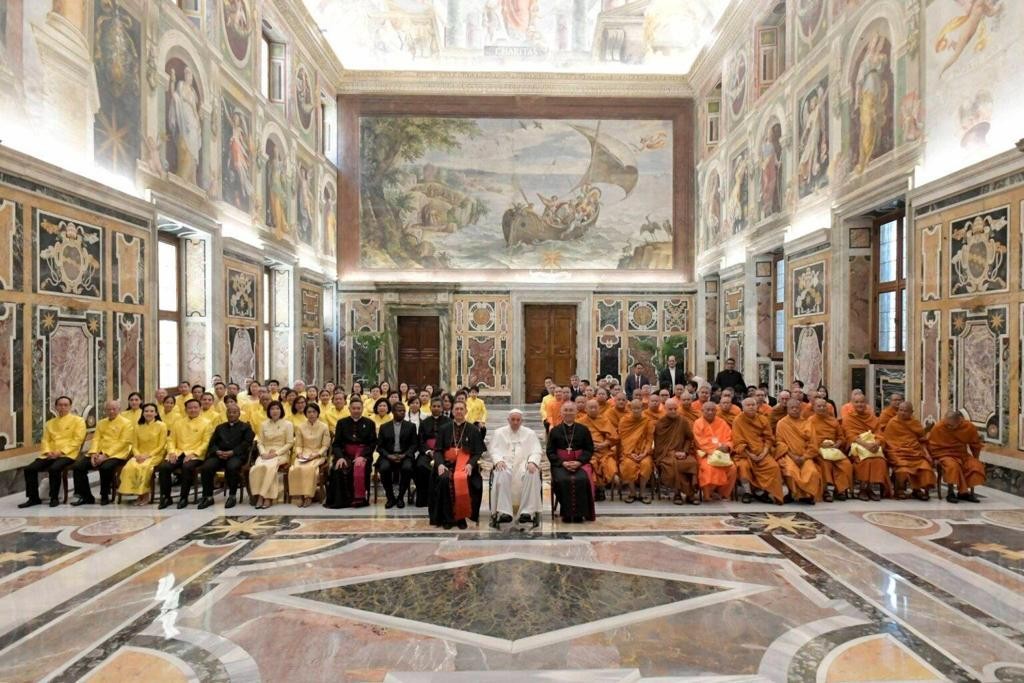 May the Triple Gem protect His Holiness and keep you in good health, so that you may undertake your great Petrine mission, bringing peace to all Christians around the world, to your friends of different religions and to all humanity in the y ears to come.

Yang Zhiyuan Was Arrested and Summoned to Review the Live Video

GEM, a Leading Green Enterprise in China, will land on the Swiss Exchange

A Walkthrough the New Public Blockchain——Decred-Next

The consensus mechanism that God has high hopes for, has there been a successful case for a long time?